Moose Shot and Left Near Kelso

On Tuesday, November 21st, 2017, Moose Mountain Conservation Officers received a call that a cow moose had been shot and left to waste on Fish and Wildlife Land located at NW 08-12-32 W1, approximately 8km northeast of the town of Kelso, SK. Officers attended the scene and located the cow moose. During the investigation, Officers located the remains of a bull and calf moose in the same area. Officers believe that the animals were shot sometime during November 19th and 20th, as well as the individuals involved used an ATV to hunt the moose. Some evidence was collected at the scene. Did you observe any suspicious activity in the area? 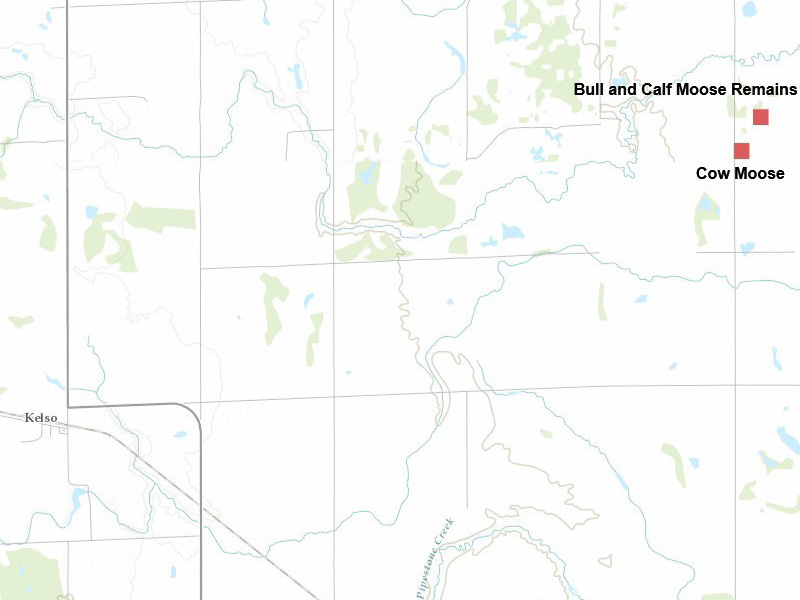 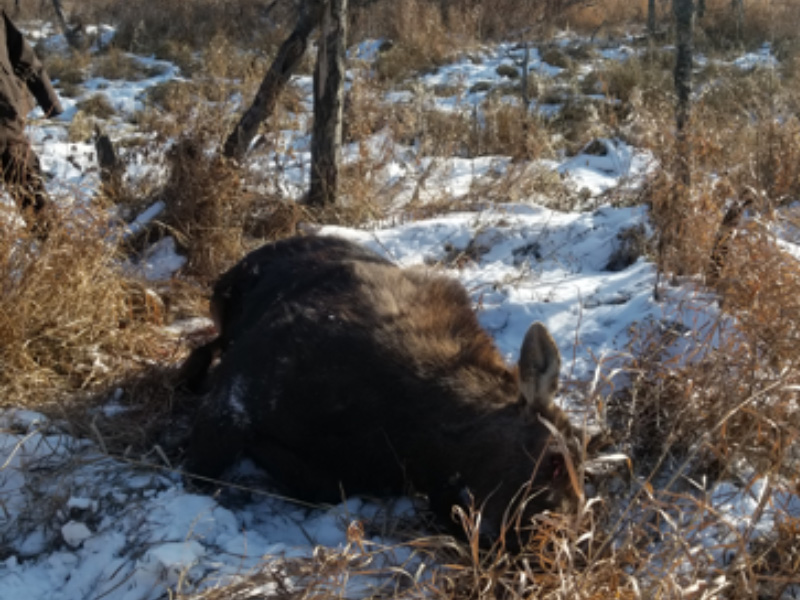 If you have any information, call the toll-free Saskatchewan Ministry of Environment Turn In Poachers Line 1-800-667-7561 or #5555 from a Sasktel cellphone (phone calls only, no text messages). You can also report online at saskatchewan.ca/tip. Remember, you can remain anonymous and may be eligible for a cash reward if your information leads to a conviction.